START / WORKS / The House of the Atlanteans

The House of the Atlanteans 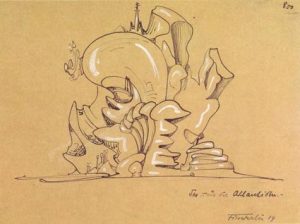 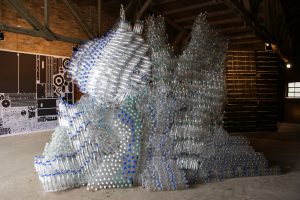 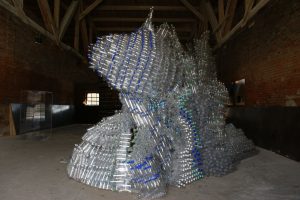 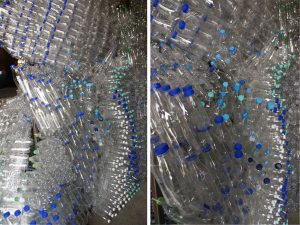 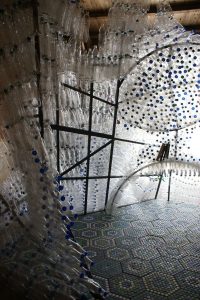 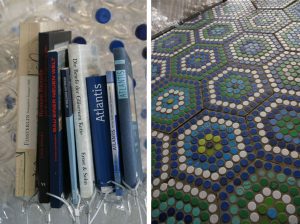 Hermann Finsterlin (1887–1973) was a bohemian who failed in many respects. His extensive oeuvre reveals him as an original, though not terrible successful German painter, drawing artist, musician, poet, and philosopher. He never actually built anything, but countless expressionist architectural drawings by him survive. His utopian sketches are from 1919-20, when he (under the pseudonym Prometh) was engaged in a lively correspondence with members of the artists community around Bruno Taut, which called itself “Gläserne Kette” (Glass Chain) and whose goal was to create a more imaginative architecture, a place of peace that was to capture and distribute the light of the universe; the group was convinced that only by changing architecture and constructing buildings of transparent and colored glass could humanity reach a higher cultural level.
The organic forms in Finsterlin’s sketch are reminiscent of sprawling clumps of simple organisms like bacteria, fungi, or algae. With his Haus der Atlantiden (1919) he goes back to the famous myth which is reported in Plato’s late dialogues Timaios and Critias, about a happy, fertile island whose inhabitants initially lived in harmony with the gods, developed a high civilization, and was finally, after the spread of greed and the desire to conquest, hit by an enormous natural catastrophe.
Miguel Rothschild, an Argentinian living in Germany, retells this story of an ideal island realm that disappeared in the depth of the sea, which has inspired the imagination in the West for so long. Built with plastic water bottles, Rothschild’s construction invites the visitors of the exhibition “Examples to Follow” to enter on the ground of Atlantis, which was put together like a mosaic from colorful plastic lids. Visitors are to become Atlantides, rest there, take the books in the small library (Finsterlin’s correspondence with Gläserne Kette, Mythos Atlantis, and so on), float on the flood of images, become engrosses in dreams and visions about sustainability.